San Diego, March 19, 2018 – The Cultural Heritage Engineering Initiative (CHEI), based at the University of California San Diego, has received $225,000 from San Diego-based entrepreneur Brian Strauss to enable digital visualization technologies that make it possible to see cultural heritage sites and artifacts in entirely new ways – like “the La Brea tar pits without the tar.” 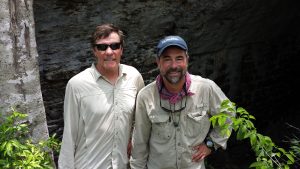 The funds – which contribute to the Campaign for UC San Diego – will go primarily toward financing expeditions and field work at Mexico’s Hoyo Negro underwater cave site, where the remains of a young Paleo-American woman (dubbed “Naia” by researchers) were found last year alongside fossils of extinct Ice Age megafauna such as saber-tooth cats and huge Shasta ground sloths.

“This funding will help us breathe new life into MesoAmerican studies,” said CHEI Director Falko Kuester, a professor of Structural Engineering at UC San Diego. “The Strauss family’s generous donation will allow us to dive in – both literally and digitally – to get this field work done.”

CHEI’s work at the Hoyo Negro site can be compared to forensic science, or what the researchers describe as “CSI archaeology” – a means of using advanced visualization technologies such as LiDAR (Light Detection And Ranging) laser technology and structure-from-motion photogrammetry techniques to capture and then “stitch together” a digital recreation of the cave site. From the comfort of dry land (and using CHEI’s advanced 3D visualization displays) the researchers can then reveal previously hidden or difficult-to-access information about this remote and hostile environment.

“Instead of deducing what happened, as one might do at the scene of a crash – there’s a smashed-up car, there’s a skid mark, there’s a tree – we can draw conclusions from the data itself,” explained Dominique Rissolo, co-director of the Hoyo Negro Underwater Archaeology Project, special projects coordinator for CHEI and an expert in Maya archaeology.

“The positioning of fossils tell a story about how and when the structure formed and allows us to study the spatial and temporal context,” he continued. “Virtual access gives us the ability to teleport researchers to this cave site and allow them to dive the entire cave as it exists now. ”

Using this suite of digital tools, the researchers were able to determine that Naia fell into what, at the time, was shallow water, as evidenced by the conditions of her remains, which indicate how her body came to rest on the floor of the cave. Researchers were able to determine that Naia lived 13.000 years ago, making her the earliest mostly complete human found so far in the Americas.

Brian Strauss, son of Paul and Anita Strauss, made the donation to CHEI after hearing a talk on cave archaeology given by Rissolo at the San Diego Natural History Museum, where Rissolo was serving as a consultant for the museum’s exhibition on the Maya (the family previously donated $100,000 to the project). Strauss said that when he heard about CHEI’s work in Mexico he didn’t want to merely fund the project, he wanted to be a part of it: to work with the archaeologists and master divers in their efforts to document the site. Strauss has now been a part of four excursions to Quintana Roo, the area of the Yucatan Peninsula where the cave is located.

Because the CHEI researchers are also surveying and documenting the cave site itself in addition to the human and animal remains, their work has broader implications for climate scientists.

“This work bumps up against what people would call ‘natural heritage’ and allows us to look at the anthropogenic factors at play,” said Rissolo. “Creating a paleo-environmental reconstruction of the site allows us to look at mineral deposits in the cave, which helps researchers understand what the climate was like back then and what sea-level rise might have been like 6.000 years ago.”

“This is a time capsule, not just a time snapshot,” added Kuester. “It’s like a message in a bottle, only the bottle is cracked and there is seepage. We have to preserve the message.”

“This gift is truly transformational in a day and age where philanthropy might have to become the critical enabler towards keeping our world cultural heritage alive and creating a means to pass it on to future generations, given the dwindling or non-existent public and federal resources to do so,” added Kuester. “As such, Brian truly answered CHEI’s call to action of ‘If not now, when?’ and ‘If not us/you, who?’ because ultimately we do owe it to our children to create a future for the past.” 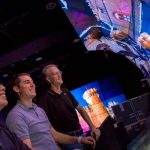 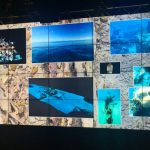