Not many find a natural connection between earth science and contemporary music. Whale songs. Wind and rain. The undersea movement of water and ice. Composer Lei Liang, however, has always been driven to uncover where the unrelated find common ground and, at UC San Diego, he is thriving.

“On our campus, I found an environment that doesn’t contain disciplines in their respective boxes, but rather invites fluid interactions that might disrupt preconceived boundaries,” the Department of Music professor said. “That is the main reason I think of our campus as a place of becoming: a place to reinvent our respective disciplines.”

It’s interdisciplinary research like this, plus a commitment to educating and mentoring students, that led to Liang receiving the Chancellor’s Distinguished Professorship V, an endowed chair with a five-year appointment beginning July 1, 2020.

Established in 2018, the Chancellor’s Distinguished Professorship chairs are a direct reflection of UC San Diego’s campus-wide commitment to the recruitment and retention of a top-quality and diverse body of faculty. Each chair is supported through an endowment of $1 million for continued teaching, research and service.

“This distinguished appointment is a direct reflection of the high regard in which Professor Liang is held by the UC San Diego academic community,” Chancellor Pradeep K. Kholsa said. “His current work helps society face one of its most-pressing challenges, addressing climate change by helping to educate and explore our Earth and its natural wonders in a unique and interdisciplinary way.”

This year Liang received one of contemporary music’s highest honors by winning the 2020 Grawemeyer Award for Music Composition for his orchestral work “A Thousand Mountains, A Million Streams.” The two-part composition, released by Liang’s publisher Schott Music and premiered by Boston Modern Orchestra Project, evokes the realities of climate change through rising oceans, flooded cities and tumbling mountains.

Born in Tianjin, China, Liang came to the Unites States as a high school student. He earned degrees from the New England Conservatory of Music and Harvard University, and joined the UC San Diego Department of Music in 2007. A Pulitzer Prize finalist, Liang’s additional professional honors include the 2015 Koussevitzky Foundation Award, the 2011 Rome Prize, a 2009 Guggenheim Fellowship and a 2008 Aaron Copland Award.

Liang’s connection to the Qualcomm Institute at UC San Diego began in 2013 with a three-year residency, named one of the most “uniquely inspiriting residencies for composers.” The focus then was “Hearing Landscapes” — the basis for this year’s Grawemeyer Award — where Liang and Falko Kuester of Jacobs School of Engineering paired music composition with multi-spectral scans of 12 rare paintings by 20th-century artist Huang Binhong.

In 2018, Liang was appointed the institute’s first Research Artist in Residence, where he expanded new work on the sonification of coral reefs: using reef images and audio gathered by Scripps Institution of Oceanography scientists to highlight the dangers facing reefs around the world.

“Lei occupies an incredibly important role here at the Qualcomm Institute and on campus. He is a model for how interdisciplinary collaboration can forge new frontiers in a field,” said Ramesh Rao, Qualcomm Institute director. “He and his students combine skillful musical composition and innovative technology in truly unique ways that allow us all to explore and immerse ourselves in everything from changing ecosystems to a rare painting. In doing this, he is teaching students to look for opportunities to collaborate, and grow, in unexpected places.”

Now completing the second year of the research residency, Liang has once again expanded his series matching research scientists with composers, moving from coral reefs to icy Artic Ocean waters.

“As humans we learn so much by listening to the world,” Liang says in a short documentary about the project. “Our environment has always been a very important source of inspiration, and I think because of the collaborations with scientists we have elevated that … to a new level. We can discover how the world sounds in a way that we didn’t know before.”

The premise for Hearing Seascapes is rather simple; the results are nothing but. Composers took under-water audio to build entire scores: whales, yes, but also ice, water and what can only be described as the movement of sound.

“I wanted my audience to feel that this is a moment of time, and they are within the ice,” Department of Music Ph.D. student Anahita Abbasi says in the documentary. Abbasi, an up-and-coming composer who is also a founding member of the Iranian Female Composers Association, took the Hearing Seascapes course with 16 additional graduate students.

“For me, ice was something very static and … hearing this kind of recording, for me, was kind of like a magic: another completely new world of sounds and ideas,” she said.

Just as Hearing Seascapes includes as a seminar that brought students to explore the interdisciplinary collaboration that transform scientific research and data acquisition into immersive artistic experiences, “Hearing Earth” is Liang’s latest course — only this was developed under strict Stay at Home orders during Spring Quarter.

Liang called the seminar very unusual due to reacting to the pandemic, but remained true to the art of making music. One of the teams in the seminar used the process of erosion and sedimentation as inspiration, where each composer would provide a minute of music before passing it on to the next. They would, then, add to it and pass that on as well: creating 22 layers of sound that mimic the layers of the Earth.

“To listen to it from the first layer onward, one hears the process of both sedimentation and erosion,” Liang said. “Listening to the tracks in reverse, you can hear a ‘sonic excavation.’ You’re discovering what was buried underneath a given track.”

Liang shies away from saying too much about concepts he has yet to put down on manuscript paper, when composition is in its early development, but he does readily thank those closest to him for being open to dialogue that transform the way he composes: his students, Kuester, and John Hildebrand, Stuart Sandin and Josh Jones of Scripps Institution of Oceanography. Emily Chin, an Earth scientist at Scripps Oceanography, is collaborating with Liang on another music project, this inspired by the natural processes that make our planet unique.

“These individuals, and many other who have joined me on these projects, have fundamentally challenged the way I think of what the basic parameters and materials are for music-making,” Liang said, “including sense of time, means of communication, material and what it means to listen.” 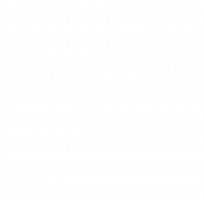