Curators at the San Diego Natural History Museum have enlisted University of California, San Diego archaeolo- gist Dominique Rissolo as a content expert for a new exhibition offering insight into the ancient Maya.

The limited-engagement exhibition, “Maya: Hidden Worlds Revealed,” opens today at the Balboa Park museum and will be on view through Jan. 3, 2016. The 10,000 square foot exhibition – the largest of its kind to be presented in the United States – delves into the history of the ancient Maya, who thrived in regions of Belize, Mexico, Honduras, Guatemala and El Salvador from A.D. 250 to A.D. 800. It features more than 200 authentic artifacts, dozens of interactive components, life-size replicas of temples and the iconic sculpted monu- ments known as stelae. “This exhibition gives an unprecedented view of the kinds of artifacts and Maya pottery that you would never be able to see outside the country of Belize, and some of these pieces are on view for the first time,” says Rissolo, who is Special Projects Coordinator for the Cen- ter of Interdisciplinary Science for Art, Architecture and Archaeology (CISA3) at the UC San Diego Qualcomm Institute.

Rissolo, who has been conducting research in the Maya area for nearly 25 years, says the exhibition offers “a sweeping view of a civilization and its contributions to humanity in a way that’s never been done before.”

Rissolo was recruited by The Nat to work with staff on textual and outreach materials for the exhibition. He’ll also give a lecture in Sep- tember on his work at CISA3 to digitally document and visualize coastal caves that were frequented by the ancient Maya in the Quintana Roo region of Mexico.

“We’ll be sharing with folks some of the work we are doing here at CISA3 to use laser scanning and structure-from-motion imagery to create digital fly-throughs of some of the cave sites we’re documenting through our project on Maya cave architecture,” he said, adding that the lecture will also feature some of the research conducted by CISA3 undergraduate Dominique Meyer, graduate student Michael Hess, the Qualcomm Institute’s Eric Lo and CISA3 alumna Aliya Hoff.

Rissolo’s research isn’t the only Maya-related work being pursued at the Qualcomm Institute: QI research scientist and National Geo- graphic Emerging Explorer Albert Lin, UC San Diego Professor of Computer Science Ryan Kastner and QI Principal Design Engineer Curt Schurgers recently returned from the Mesoamerican archaeological site – formerly an ancient Maya city – known as El Zotz. Their research into the early iconography of buried temples, as well as the footprint the an- cient city had on the landscape, is focused on building a better understanding of how an ancient dynasty established itself as a seat of power within the complex milieu of ancient Maya city-states. A peek into that history is also on display in The Nat’s exhibition, which was created by the Science Museum of Minnesota, the Denver Museum of Nature & Science, and the Museum of Science, Boston. It features interactive elements that offer visitors the opportunity to decipher ancient symbols, explore tombs and investigate the Maya approach to technology.

The Maya, for example, lacked wheeled vehicles, beasts of burden or easily trav- eled rivers, but developed an entirely unique written language using more than 800 heiroglyphs and built reservoirs and extensive road networks. They created a dental technique for drilling precise holes into teeth and were also – to use a phrase from the exhibition – “relentless renovators,” layering new buildings over old ones.

“They also developed the concept of zero independently of the Old World and were astute sky watchers,” adds Rissolo. “They created a concept for permutating calendars and were able to reckon notions of cyclical time and linear time in ways that still fascinate us and are still the subject of scholarship today. They were also keenly aware of the movements of the sun, moon, and planets and were able to very accurately predict eclipses in different parts of the world that they couldn’t see.”

Featured throughout the exhibition are replicas of ancient monuments and temples bearing the the famous iconography of the Maya, which often depicts mythological and narrative subjects like serpents, birds and jaguars. The exhibition notes that the Maya burned 1,000 acres of forest for every building coated in stucco – deforestation that might have influenced rainfall and caused water shortages that (combined with mutually destructive warfare) led to the civilization’s downfall. But the Maya also showed a capacity for sustaining themselves and thriving in otherwise marginal landscapes, says Rissolo. 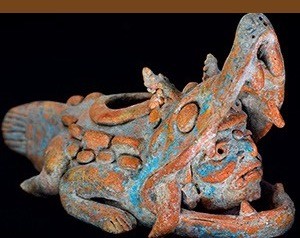 “The Maya were probably more astute and disciplined managers of their environment than we give them credit for, and there were pe- riods of Maya history where they were doing things right,” he adds. “These are the people who first cultivated some of the most impact- ful domestic plants in the world. Think about all of the food Meso- americans gave us: Chocolate, tomatoes, chili peppers. Corn was developed by the Mesoamerican cultures, and now the entire planet has been impacted by corn. These are people for whom the word industrious is an understatement.”

The exhibition and Museum will be open from 10 a.m. to 5 p.m. daily (closed on Thanksgiving Day and Christmas Day). Tickets to the exhibition range from $11 to $29 and advance purchase is recom- mended. For additional information about the exhibition, visit sdnat. org/maya or call 877.946.7797 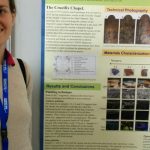 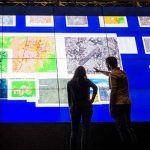