The day may be coming when a swarm of tiny flying robots will appear at your door if you dial 911 for help. “Robots can be there in a matter of seconds and provide police with the information they need when they respond,” said Vijay Kumar, a researcher who is developing such robots at the University of Pennsylvania. He tossed out this little mind grenade on Friday at UC San Diego, where some of the nation’s top scientists met to discuss the potential of robotics. The futuristic, but not too futuristic, topics ranged from self-driving cars to drones that check moisture levels in crops to robots that help older people cook, clean and fluff the laundry. The University of California San Diego’s Jacobs School of Engineering held the public symposium as part of a formal announcement that it’s investing big in robotics. Its plans include hiring five robotics professors during the next two years, plus expanding research in that field from $800,000 to between $6 million and $8 million annually. UCSD Chancellor Pradeep K. Khosla has been working with Qualcomm chief technology officer Matt Grob, who playfully flew a palm-sized quadrotor robot above the speakers’ stage during the symposium. Grob asked the 250 attendees to think of small, light, easily programmable drones that shadow skiiers, videotaping their trip down the slopes. “(The robot) sends you the link (to the video) and you’re done,” Grob said. “That’s actually possible.” The smartphone revolution is driving such ideas. 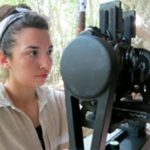 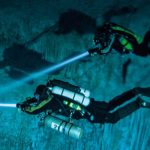