Tulum, Q. Roo.- The labyrinthine subsurface of the Yucatan peninsula continues to be the source of scientific discoveries. The most recent one is found in a flooded cave in Quintana Roo, where underwater archaeologists and cave divers have found irrefutable evidence of prehistoric mining activities. 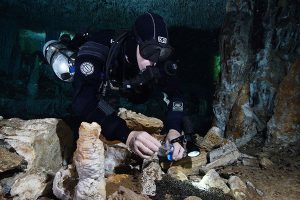 Within the framework of the Ministry of Culture’s “Contigo en la Distancia” (With you in the Distance) campaign, the head of the SAS, Dr. Roberto Junco Sánchez, has stated that La Mina’s (The Mine – title of the research project) dating —through laboratory analysis— is comparable to that of ‘Naia,’ name given to the skeletal remains of a young woman found in 2014 inside the Hoyo Negro (Black Hole) archaeological site located near Tulum.

La Mina, he added, is a continuation of Hoyo Negro not only because of their relative geographical proximity, but also because the first archaeological context greatly complements the existing knowledge surrounding the second one.

While the discovery of ‘Naia’ contributed to our understanding of the ascent, expansion and development of these first Americans, thanks to La Mina we now know that early humans not only risked their lives by entering the labyrinth of caves in search of water or to escape predators, but they also went inside them for mining purposes, thus altering them and creating cultural modifications within.

The above was confirmed through the location —over a six kilometer radius of uncharted underwater passageways, previously concealed behind clusters of rocks blocking the way and narrow passages, 70 centimeters in diameter— of various spaces and materials rearrangement, which proved to be the result of archaic human intervention.

The cave divers Fred Devos and Sam Meacham, co-directors of the CINDAQ, explain that during their first scoutings through the underground system in 2017, they noticed the presence of stalactites and stalagmites broken in half, as well as stones stacked in small triangular piles, an unnatural occurrence.

Amongst the elements that most caught the explorers’ attention, were the heaps of coal on the floor, the soot on the ceiling of the cave and most of all, the presence of small carved out cavities on the ground, where traces of minerals could be found. After analysis, the minerals turned out to be ocher.

“The cave’s landscape has been noticeably altered, which leads us to believe that prehistoric humans extracted tonnes of ocher from it, maybe having to light fire pits to illuminate the space,” points out Fred Devos.

Until now, no human skeletal remains have been found; however, rudimentary digging tools, signs —that would have been used in order not to get lost— and stacks of stones left behind by this primitive mining activity have been located. The abundance of ocher filled cavities has led experts to theorize about the rocks themselves being used as tools to excavate and break down the stone.

“We can now imagine ‘Naia’ —illustrates Dr. Roberto Junco—entering the caves in search of ocher, an element that to this day is the most widely used inorganic body paint amongst African communities to create a red pigment. This opens up the possibility that the mineral not only had an ornamental value, but also a significance in terms of identity, or that it was used to create artistic manifestations, amongst many other hypothesis.”

In the wake of new immersions inside the cave system (whose location remains confidential for conservation purposes) in the upcoming months, laboratory research using computerized reconstructions conducted by experts from Mexico, the United States and Canada, will be ongoing for the La Mina project.

Dr. Dominique Rissolo, researcher at the University of California in San Diego, states that thanks to technologies such as photogrammetry and 360 degrees underwater cameras, more than twenty thousand photos were taken over the span of six hundred hours of diving and almost one hundred immersions, to create a 3D model of the site that allows virtual access to archaeologists.

On this, Sam Meacham, cave diver at the CINDAQ, added that remote work contributes to the safety of researchers, since the slightest shift in the cave’s sediment can lead to total loss of visibility.

The head of the SAS, Dr. Junco, highlights the contribution made by the researchers involved in the project: Professor Eduard Reinhardt of the McMaster University in Ontario, Canada, whose work is to identify samples; Dr. Brandi MacDonald of the University of Missouri, United States, in charge of studying the context’s sedimentation; Dr. Barry Rock of the University of New Hampshire, United States; Dr. Dominique Rissolo who contributes his vast knowledge on digital spatial data; and Dr. James Chatters whose work at the Applied Sciences/Direct AMS laboratory in Bothell, Washington, United States, will enable deeper analysis surrounding the dating of the collected materials so far.

Dr. Chatters has recreated in his mind what the cave must have looked like in prehistoric times: “imagine a flickering light, in the middle of deep darkness, that at once illuminates the red-stained hands of the miners as they strike the ground with hammers made out of stalagmites, while it lights the way for those who carry the ocher through the tunnels until they reach sunlight and the forest floor.”

To conclude, Dr. Roberto Junco added that projects such as Hoyo Negro and La Mina are true windows to understanding our ancient past, while they also contribute towards creating methodological guidelines to study and work on these types of sites.

“The team of explorers and researchers assembled for this project is delivering outstanding results. The SAS acknowledges and is grateful for the work of each and every one of them, especially the explorers from the CINDAQ and their commitment towards the underwater cultural heritage of Mexico.”

It should be noted that a scientific article, published in the Science Advances journal on July 3rd of this year, contains in-depth information about this discovery and its academic implications. 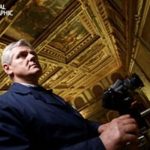 Update from the Field: Search for Leonardo’s Lost Painting to Continue for Several Weeks2012, News Releases 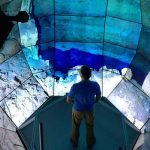